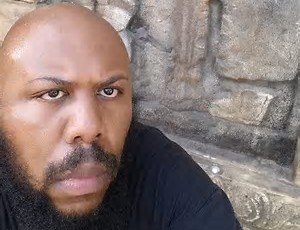 I have been following the story on Steve Stephens, 37,  since Easter Sunday.  It has been so confusing as to why this man decided to turn his life into one of chaos and murder.  On Sunday, he shot and killed 74 year old Robert Godwin, Sr. while videoing the entire act.  He posted the video to his Facebook account and then did a live stream confessing to and discussing the murder.  It was a seemingly random murder and Stephens blamed his actions on a woman named Joy Lane.  Cleveland police issued a $50,000 reward for information leading to his capture and arrest and the FBI added him to the ‘Most Wanted’ list.  Pennsylvania State Police spotted Stephen’s car this morning in Erie as he left a McDonald’s.  After a short pursuit and trying to get him to pull over, Stephens stopped his car across from an elementary school and shot and killed himself.

I’m guessing all the facts and little unknown secrets about this man will come to light within the week, but it is still so unnerving!  In one of the live streams he did on Monday, he confessed to killing 13 people.  He gave locations and street names as well.  Now, I’m not saying he did or didn’t commit any other murders but I find it very possible.  He didn’t seem to hesitate when shooting Mr. Godwin on Sunday.  This seemed to be an act he had committed before.  He was calm, collected and didn’t seem to mind taking another individual’s life.  I’ve read reports that say his sexuality played a key role in him deciding to go on this rampage.  Others say it’s from the breakup with his girlfriend.  Perhaps they are tied together.  What are your thoughts???

Regardless of the ‘why’… crimes connected to social media seem to be on the rise these days.  People are committing terrible crimes and going live on Facebook or uploading the terrible videos they’ve made.  I just don’t understand.  Anyway, I’d love to hear your thoughts on this particular incident as well as others that have ended up on social media.  Thanks for reading!

One thought on “Steve Stephens”